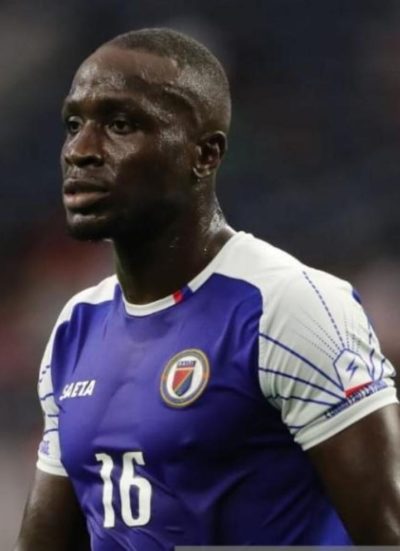 Andrew Jean-Baptiste is a true Brentwood Soccer product.  Having played soccer since age 5 for Brentwood Youth Soccer Club, he has developed into a well-recognized elite player throughout his youth career and beyond.  Andrew, a State and Regional ODP selected player, made the US National Team U-18 team and a member of the U20 pool.  Andrew participated in tournaments in the Lisbon International tournament and the prestigious Northern Ireland Milk Cup.

Andrew, a Brentwood High School and Youth National standout, had accumulated the following awards and achievements:

Andrew was highly recruited by some of the top DI schools in the country.  He, however, selected the University of Connecticut where he continued to stand out under the leadership of Ray Reid, a former Brentwood youth product.  During the first two college seasons, Andrew received awards both as a Freshman and a Sophomore.

Following his success at the collegiate level, 19 years old Andrew was selected in the first round of the MLS Super Draft as the #8 overall by the Portland Timbers where, as a Center Back, he played 31 games and recorded 2 goals and an assist.  Andrew also played for Chivas and NY Redbulls before he went to play for the Swedish and Malaysian sides where he helped the team win Malaysia Cup.  As a pro, he is also the recipient of the following honors:

Andrew currently plays for the Canadian Premier League and the Haitian National Men’s team, with his contributions to a solid defensive performance, reached the Semi-Final of the CONCACAF 2019 Gold Cup.

Brentwood Youth Soccer Club is immensely proud of its own Andrew Jean-Baptiste.